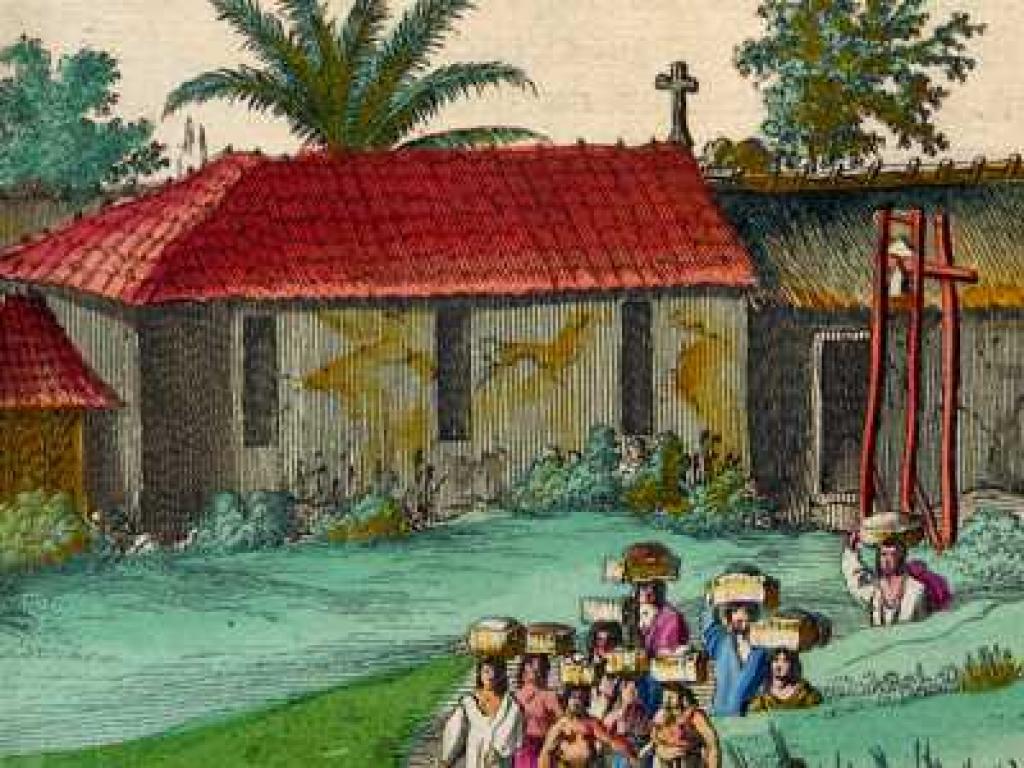 This section of BRASILHIS Database gathers the religious aspects of the inhabitants of Portuguese America during the period of integration of the Kingdom of Portugal and the states of Brazil and Maranhão into the Hispanic Monarchy. The devotions and religious objects, the manifestations, and places of the different forms of worship; the missions founded and administered by the agents of the Catholic Church to integrate the natives in the colonial project and finally the syncretic processes between the different religions that intertwined in this historical period.
56